The new driving test has extended the length of the independent driving part of the test, from 10 minutes to 20 minutes. With the overall test being around 40 minutes, this now means the independent section of the test is half of the driving examination.

The Use of a Sat Nav

4 out of 5 driving tests that take place, will include the use of a satellite navigation system, during the independent driving section of the test. Research has shown that around 52% of drivers own a Sat Nav and use it on a regular basis, which is the DVSA feels that it is relevant for the new driving test. You don’t have to worry about being able to operate the Sat Nav as the examiners will bring and set up their own system. The examiner will have a pre-set route on the Sat Nav, which you will be expected to follow.

It is important to remember that it doesn’t matter if you follow the directions incorrectly, as long as you are driving safely. As the examiner is only recording driving faults, it doesn’t matter if you go in the wrong direction, as long as you are not making any driving mistakes. For example, if the Sat Nav asks you to turn left, but you signal right and then turn right, you won’t get penalised so long as you turned right safely.

1 out of 5 driving tests that take place, the pupil will be required to follow road signs for the independent driving section of the test. The examiner will request that you follow the road signs to a specific location, giving updates when necessary. If you feel that the road traffic signs are not visible, then the examiner will provide direction until a sign becomes visible.

Again, it is important to remember that it doesn’t matter if you follow the directions incorrectly, as long as you are driving safely.

Show Me, Tell Me Questions

As previously, you will be asked 2 vehicle safety questions, otherwise known as the ‘Show Me, Tell Me’ questions.

You’ll be asked the:

Examiners will no longer be testing the ‘reverse around a corner’ and the ‘turn in the road’ manoeuvres, however they will still be taught by your driving instructor.

However, you will still be required to perform one of the following manoeuvres:

A Word of Advice

Just a few tips to help with your driving test: 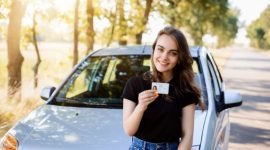 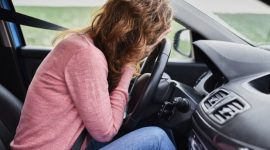 How to Manage Driving Anxiety Efficiently?